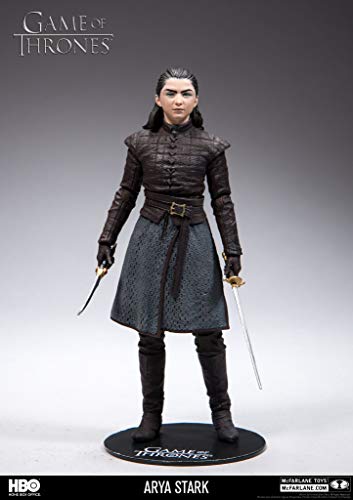 McFarlane Toys partners with HBO hit television series game of Thrones to bring you Highly detailed figures of iconic characters, Each coming with screen accurate accessories, and featured in classic outfits from the latest season! The initial line features Jon snow, Daenerys targeted, the night King, and Arya Stark! Arya Stark is the third child and second daughter of Lord eddard Stark and his wife, lady Catelyn Stark. After narrowly escaping the persecution of House Stark by House Lannister, Arya is trained as a faceless Man at the house of black and white in Bravo, and uses her new skills to bring those who have wrong her family to Justice.